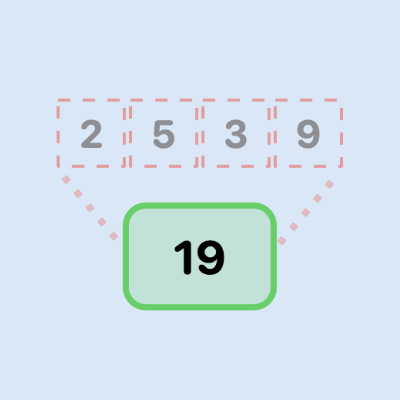 Reduce is a simple way to perform an operation over each element in a collection and condense down to a single value. It is commonly used on a list of numeric values to add up all the values.


Sum all numbers in an Array

The verbose syntax of Reduce takes two parameters, the first being the initial value and the second is a closure taking two parameters. In the Closure; the first parameter is the previous value (or a starter value) and the second parameter is the current value in the collection. The operation is applied between these two values, which becomes the value to feed into the next iteration. The operation is repeated until the end of the collection is reached.

The syntax above is rarely used, as it is more common to use the trailing closure syntax.

This can be shortened further, using the shorthand argument names provided automatically by Swift to inline closures. The trailing closure is updated to simply add the first parameter to the second parameter.

Finally, this can be shortened even further, by eliminating the closure and specifying the operation as the second parameter to the reduce function.

If the operation is multiplication to produce the product of a list of numbers, then it is important to use 1 as the initial value, otherwise the answer will be zero. 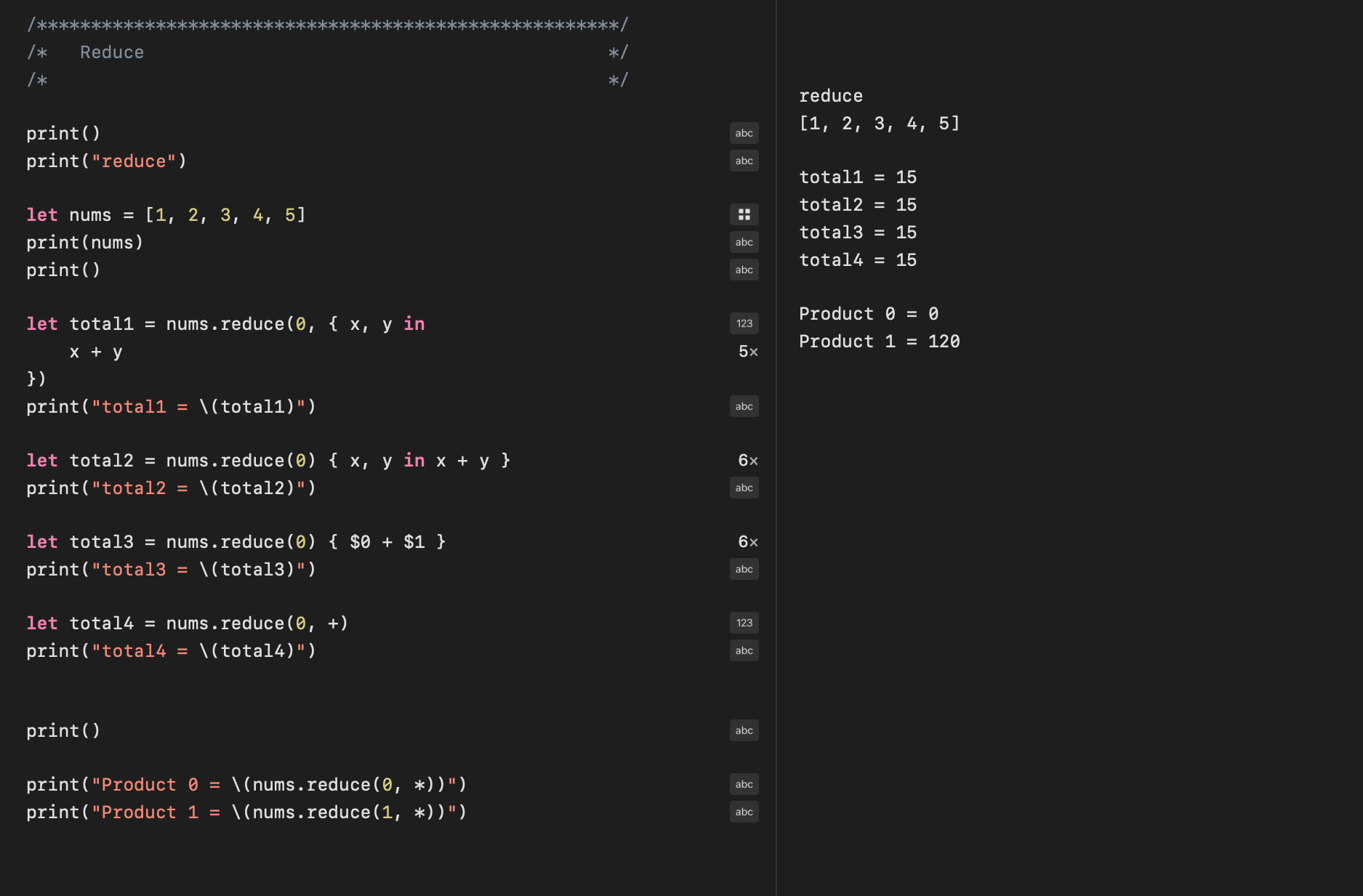 Reduce can also be used on Strings, where the + operation will concatenation strings. But other mathematical operations are not valid on strings.


Cumulative sums with Reduce into

The second parameter is more commonly moved to a trailing closure.

This can also be shortened further using the shorthand argument names in closures. The trailing closure is updated to add the current element to the previous result and append it to the new sequence. 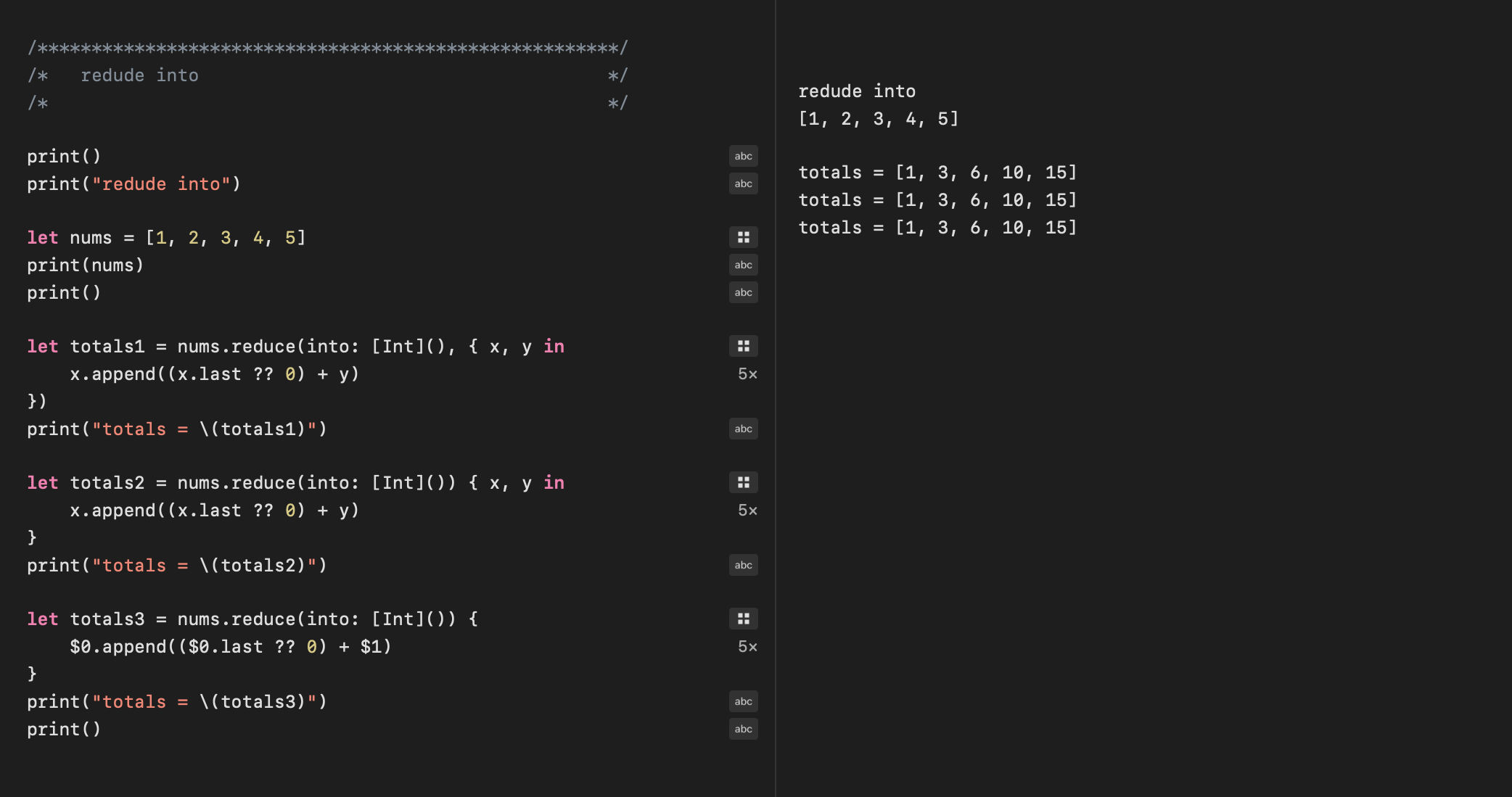 Cumulative sum on a sequence of numbers with Reduce(into)


Removing repeating elements with Reduce into

reduce into can also be used to remove repeating elements from a sequence. This code compares the current element with the previous element and only adds it if the element is different. On a sorted sequence, this has the effect of removing duplicates, which could be done more easily using Set. Note that removing repeated elements will not remove all duplicates when the sequence is not sorted and this may be the desired behavior in some circumstances. 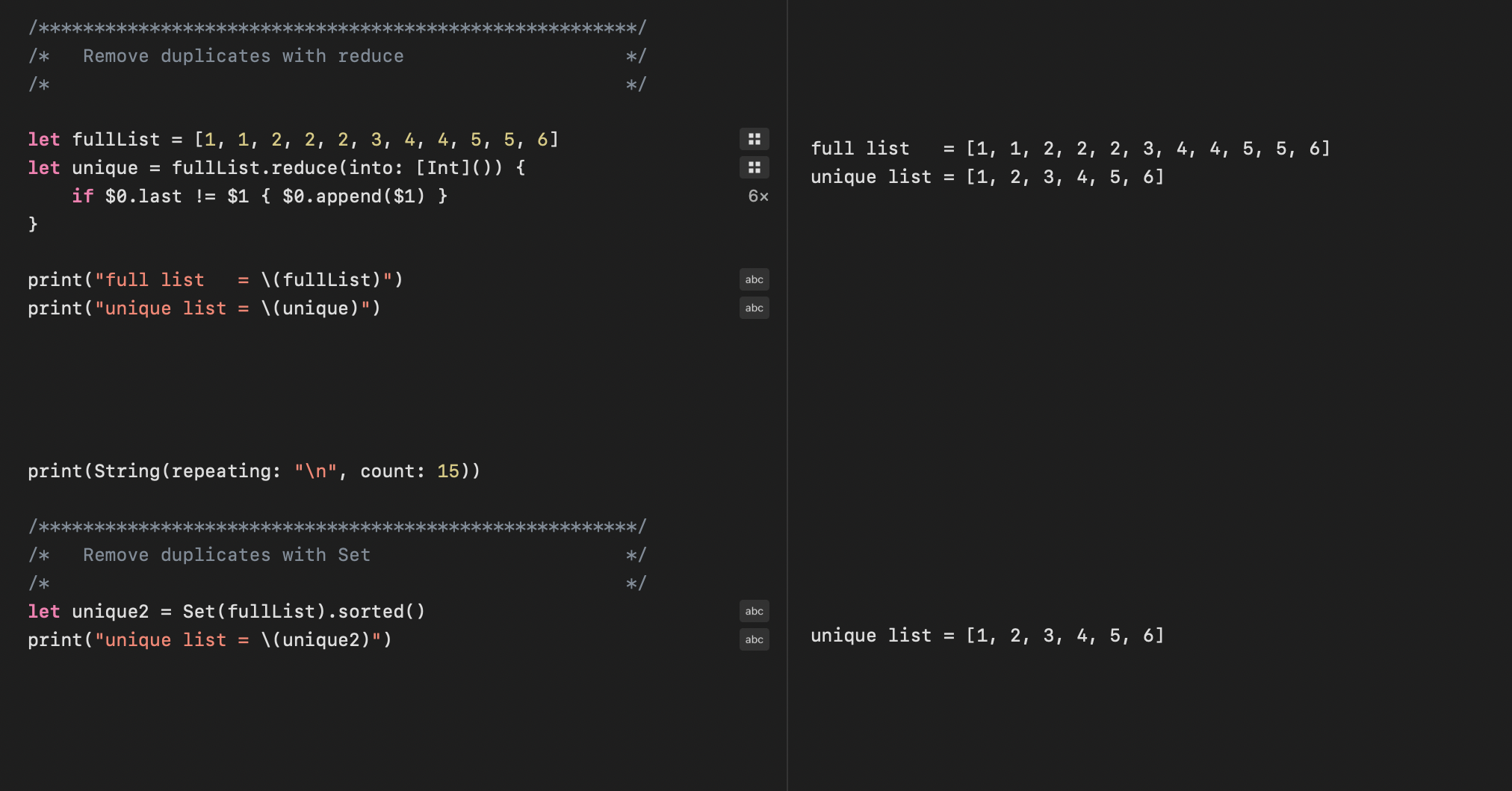 
Reduce vs Map for incremental differences

Reduce can be used to get the incremental difference between elements in a sequence of data that is increasing as the sequence progresses. However, this requires two reduce into operations; the first to create tuples of the current element and the previous element; and the second reduce to calculate the difference between these elements. Reduce is not the best approach for this task and zip and map provide a better solution. 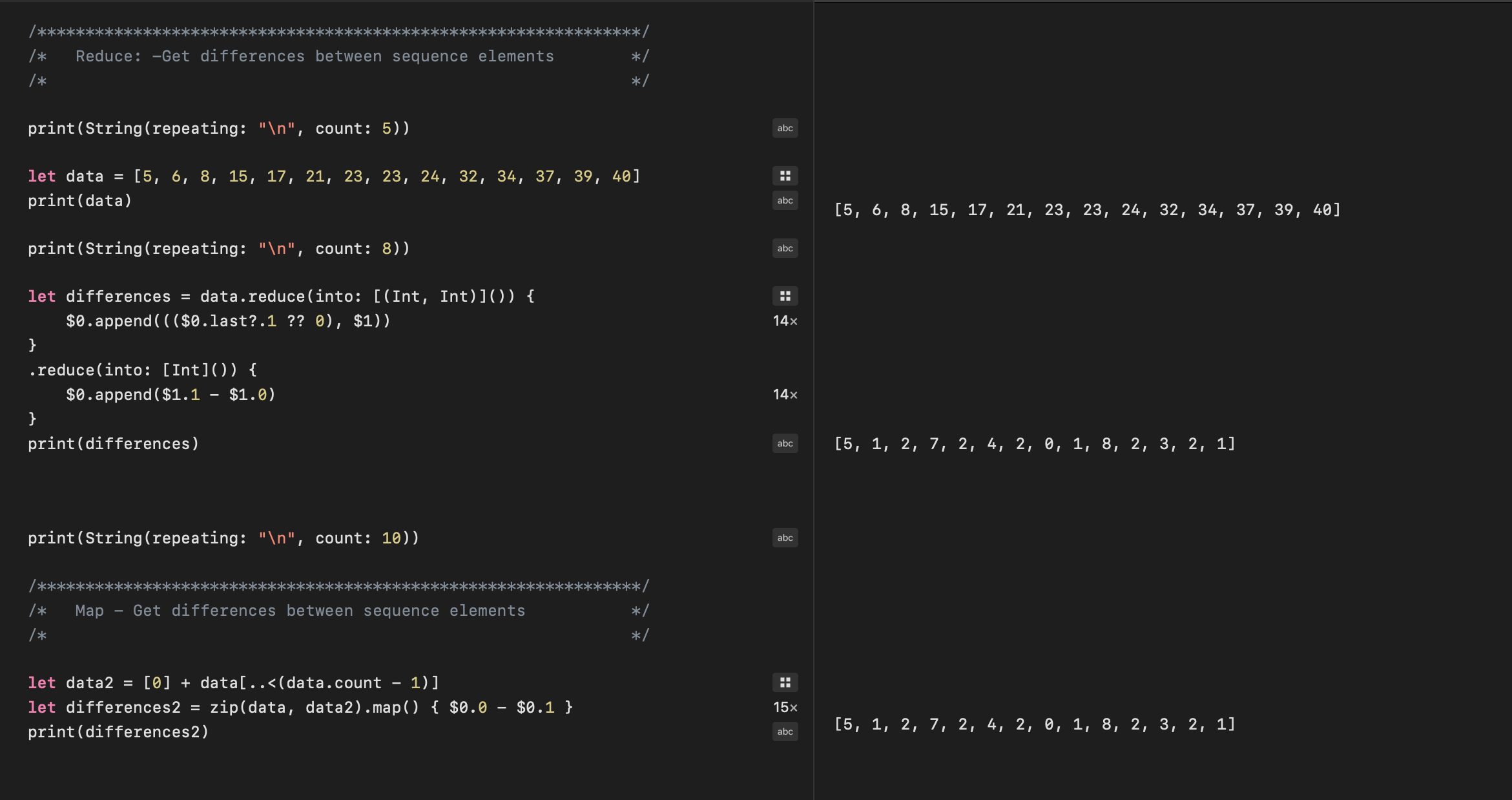 Reduce can be used to calculate element differences, but map seems more appropriate

Reduce is great to quickly add all the numeric elements in a collection. It can be used to perform more complicated tasks such as eliminating duplicate elements from an array, but there are easier ways to do these tasks. Reduce is more frequently used in combination with other transforms such as map and filter and is an important step in transforming data.